Skip to content
STAY UP TO DATE WITH THE IHA! JOIN OUR COMMUNITY eNEWSLETTER

What is a Horseman?

Horses have floated in the dreams and imaginations of man for as long as we have been creatures together on Earth.  Perhaps in the beginning, we saw them only as food — something to stalk and kill and eat… but then, something shifted.  We instead saw a beast that was intelligent, fast and strong. It could travel longer and farther than we could in a single day.  It could pull heavier and bulkier things than we could. We envied that and then we chose to harness it.

What did the first man feel when he (or she) put his hands on that first captured horse that he did not plan on using as food?  Was he as in awe as we are today by the horse’s power and grace? Did he see the intelligence in his eyes? Did he sense the strength of the horse’s ability to trust and connect?  Did he feel his fear and confusion? I wonder if he learned to form a partnership with it, or if he tried to dominate it.

Our history with horses has been one of hills and valleys.  Certain cultures worshipped them while others saw them as objects to be controlled and used.  Some took the horse to war. Others welcomed the horse into their homes or tents. The horse became central to transportation and work, vastly improving the lives and freedoms of humans… though often with little consideration of the horse’s needs or well-being.

Records exist throughout history of men and women who learned that the horse was more than just a dumb beast.  They could sense the horse’s intelligence and found the capacity to work in partnership with them. They learned that the horse would offer more through devotion and desire than it would through fear or intimidation.  These horsemen were seen as something more. On a horse, they were stronger; they could be bigger, more fierce. In Greek, equus means ‘equal us.’   The best horsemen could see that the horse was a creature that could rival man’s own ability to nurture, connect, and think. It could reason, and it could feel.  There was something in the horse that touched another species’ mind, heart and being. Mankind was not alone.

Today, those souls still exist.  These horsemen see more than a four-legged animal to be ‘mastered.’ They can attest to the horse’s intelligence, and strength. And they know that with a horse, they are whole.

The nature of the horse lives inside these people.  They know that the more he or she learns, the less that that they really know.  That the horse thinks nothing of their ego — the ‘I’ is only as perfect as the ‘other.’  True horsemen learn to live, breathe and think in the moment. Horsemen master their emotions and can harness their skills and abilities. True horsemen learn that little things matter.  That anything that matters always takes time and attention, and that every little reward and release has a far deeper meaning.

What does it take to be a horseman?  It takes a willingness to let go of your expectations and other people’s judgments.  It takes mettle, grit, and determination. It takes a desire to love something else so much that you want to do right by what it needs and not what you want.  It takes time and sensitivity.

It takes a second — and a lifetime.

This article was originally published in the January 2019 issue of the IHA Journal. 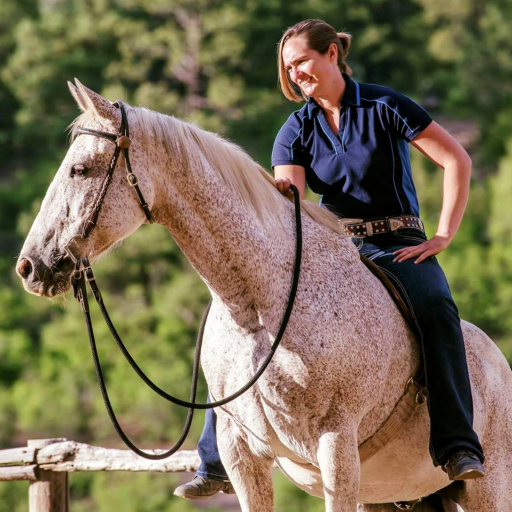 Mattie Cowherd is an Equine Behavior Specialist from Colorado. She is a Relationship-Based Horsemanship instructor and trainer and holistic barefoot practitioner. Though she wears many hats, she is first and foremost a horse lover. Mattie is in the process of becoming a Recommended Instructor with the IHA.